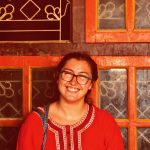 Upon arriving in Nepal, I attended an orientation on Nepali culture. The orientation consisted of the basics for navigating Kathmandu and a workplace completely foreign to me and my past experiences. Simple body language and actions, such as touching someone’s head or foot, can be incredibly disrespectful. Whenever I ask my boss a question at work, I notice he responds by tilting his head side to side. At times our communications can be very confusing, as in Canada that action would indicate no, in Nepal however, it is a more aloof way of saying yes. Namaste is the common greeting to use, however, I hear coworkers address my boss with Namaskar; a more formal greeting. Another way of showing respect is adding ji to the end of a person’s first name, which is the Canadian equivalent of sir or ma’am. Although subtle, these work habits are important signs of respect. Along with the respect in the workplace comes a distinct hierarchy.

At my office there is a hierarchy that is quite visible; there is my boss (at the top), my supervisor (or counterpart), and then myself. When it comes to any decision making in my office, no matter how small, the decision must make its way to the top of the pyramid for my boss to have the final say. This can make the decision process quite lengthy. The high bureaucratic management style is used to avoid risk. A study on the success of Western structured developed projects in Nepal has shown that the failure of projects has been attributed to risk avoidance in managers. Avoiding decision making simultaneously ensures that respect is given to superiors, and employees are free from the risk associated with decision making [i]. For myself, this translates to never going over my counterpart’s head by going straight to my boss with any ideas or problems.

In my workplace, this management structure works well. Despite the lengthy time it can take to make a decision, work is successively completed. However, I was curious about how this style can affect other colleges and universities.

From research completed it can be seen that the hierarchy system is a problem many universities in Nepal are faced with. Around 99% of all university students attend the government-run Tribhuvan University (TU) in Nepal. Tribhuvan University is based in Kathmandu and has over 130 campuses outside the city. The campuses outside the main city have encountered many issues related to the hierarchy structure. The hierarchy of decision making has resulted in high stress on the managerial system, preventing improvements in curriculum and student experience. The diversity of needs and resources across the country suggests a requirement for a unique curriculum for each of TU’s campuses, however, all campuses have the same curriculum. Furthermore, campuses are unable to make changes to suit the requirements of their local job markets and available resources. In order for changes to be made, the main campus in Kathmandu must approve the decisions [ii]. In general, this high level of bureaucracy affects the flexibility and efficiency in improvements to higher education at TU. There have only been a couple other institutions that have started their own school. My workplace, the Himalayan College of Agricultural Sciences and Technology (HICAST), is one of them. 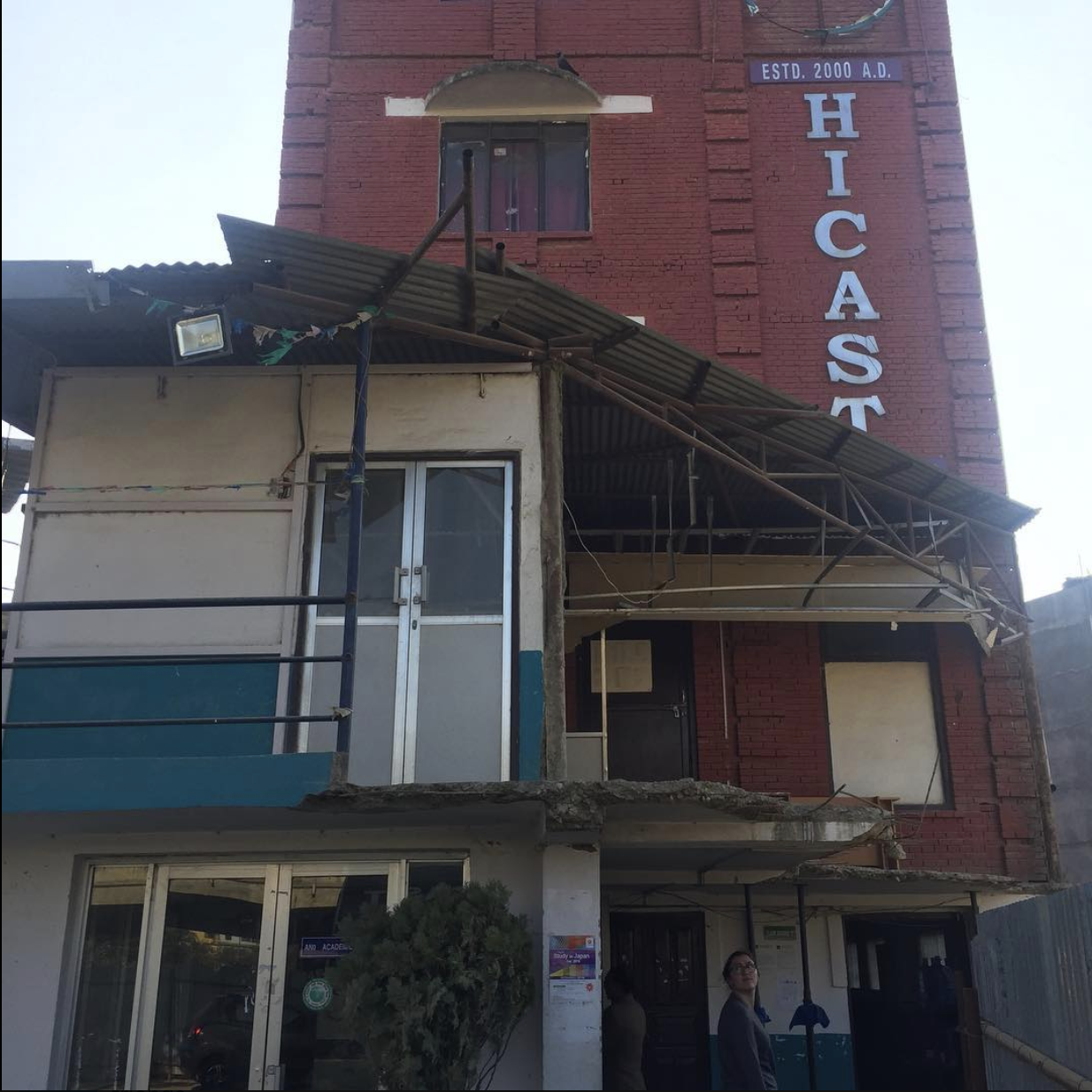 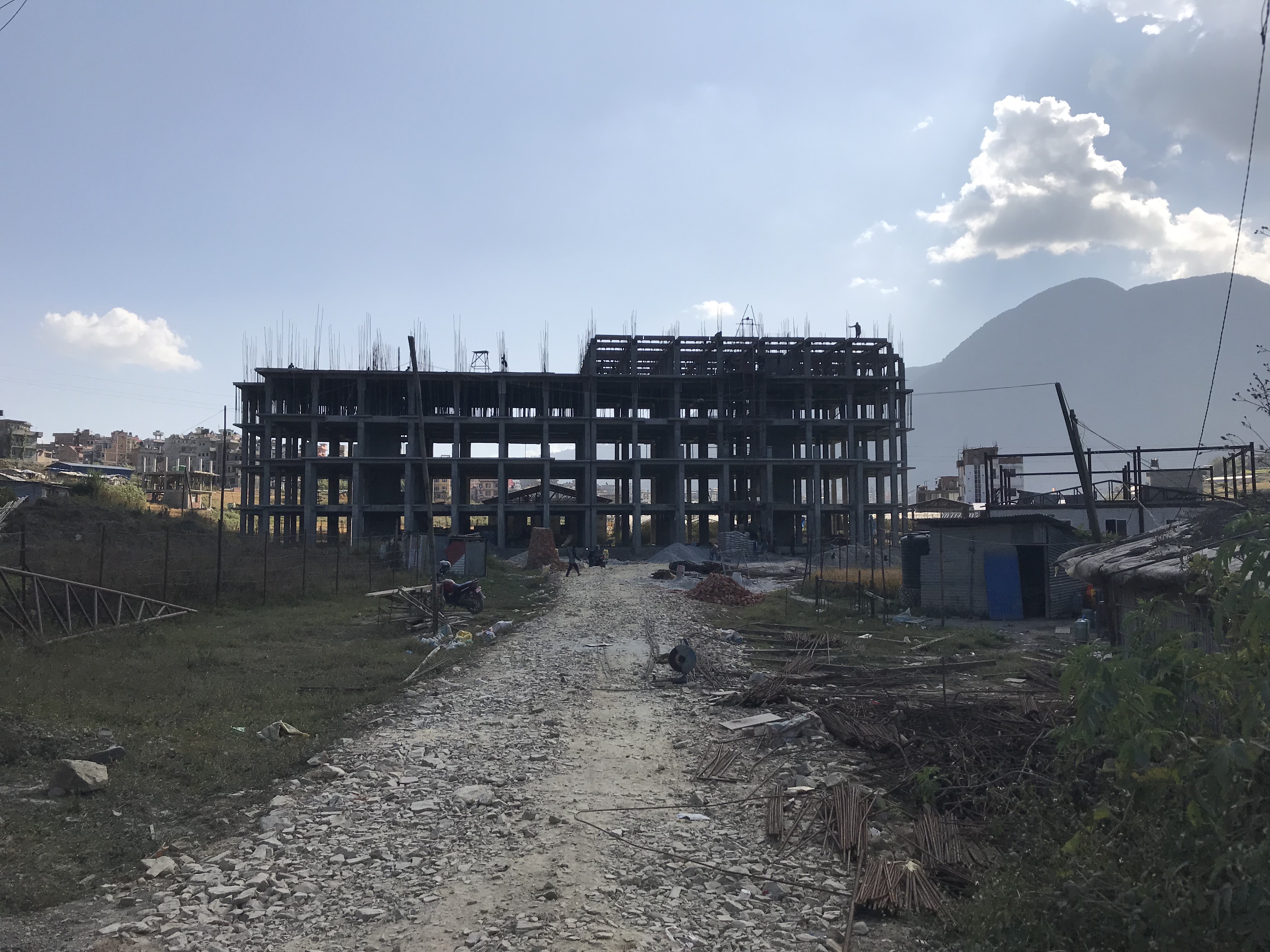 New campus construction - will combine the two current campuses together

HICAST’s managerial system is similar to Tribhuvan University, however as a public-private organization, it has been set up intentionally to avoid the issues of hierarchy that have plagued other universities. My boss and counterpart have told me HICAST is run by an elected board of directors that are devoted to renewing the curriculum and programs every 5 years. HICAST has both public and private traits; they are similar to the public with the hierarchy structure and similar to private schools with the orderly and organized way they conduct the school [iii]. The main difference between these two universities is their commitment to change and their size. The key to the success of this managerial style may be related to the differences in size. With only 2 campuses in the same district, HICAST’s use of top-down management makes sense. However, at TU, the top-down management style limits the individual campuses ability to make decisions. The decentralization of power appears to be the best option for TU.

Perhaps based on the success of HICAST, the Nepali style of management is most effective when practiced at a small scale? Another question to consider would be, would TU run better if all their campuses were managed independently? Overall the school system is slowly changing as seen with HICAST.