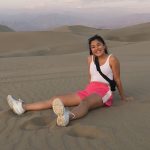 Compulsory Voting: Does It Work?

With the mid-term elections coming up in the United States, social media platforms have been blowing up with posts advocating for those who are able to vote to head to the polls and submit their ballots. A driving force behind this social media campaign is the fact that a major factor behind the election of current President Donald Trump was the lack of voter participation, with only 58% of eligible voters casting their ballots in 2016 (Regan, 2016). This begs the question: would having a greater percentage of voting participation have a meaningful effect upon the results of an election? Having spent 2 months in Peru, and having the chance to witness an election take place, it was interesting to observe the voting practices within Peru, a developing “middle-income » country.

On Monday, October 7th 2018, municipal and regional elections were held in Peru, where Peruvians voted for governors, deputy governors and regional councilors on a regional level, while on the municipal level, citizens voted for mayors and municipal councilors.  Rather than proceeding like any regular work day, due to compulsory voting policies set in place throughout the country, workers were required to take the day off in order to vote. According to these policies, all Peruvian citizens are required by law to vote, and the consequence when failing to do so is a heavy fine (The Political, n.d.). The practice of compulsory voting in Peru began in 1933, and the practice is held throughout Latin America (The Ultimate Peru List, n.d.). In Peru, compulsory voting lies upon the principle of transparency and an attempt to reduce corruption within the government (The Political, n.d.). In general, compulsory voting refers to the obligation of citizens to participate in elections in the interest of the public good. Consequently, compared to countries with voluntary voting, voter participation in compulsory voting countries are notably higher (The Political, n.d.). Alongside compulsory voting policies, there are also prohibitive laws that are set in place, known as “Ley Seca”, which forbids the sale of alcohol shortly before and after the elections (throughout the long weekend) (The Ultimate Peru List, n.d.). “Ley Seca” literally means “dry law”, is a form of temporary prohibition that is used throughout Latin America during elections in order to promote order and “clear-headedness” during the time of voting (The Ultimate Peru List, n.d.). This probation applies to all establishments, including bars, clubs, discos, gas stations, and any other stores that may sell alcohol (The Ultimate Peru List, n.d.).

In countries such as Peru, where socioeconomic inequality is particularly high, compulsory voting plays an important role in ensuring equal representation of the voting population, including all socioeconomic classes throughout the region (The Political, n.d.). At the same time, however, it can be said that this practice of compelling the socioeconomically disadvantaged to vote, who may have less resources to be politically informed, may result in votes that are cast with little to no consideration, which may result in an ineffective electoral process (The Political, n.d.). For instance, while compulsory voting policies ensure the participation of all citizens from different socioeconomic classes within the election process, this does not seem to be an effective way to prevent a corrupt government from being elected. In spite of compulsory voting policies that have been set in place for nearly the past century, there has been a recent surge of corrupt politicians within Peru’s government.  Most notably in Peru’s recent history is the Fujimori government and the Kuczynski administration. Firstly, Alberto Fujimori served as president of Peru from July of 1990 to November of 2000, and during his presidency, Fujimori has been sentenced to 25 years in prison for corruption and human rights violations, after having ordered killings, embezzled public funds, bribed media outlets, and having abused his power in his position as president (Goldenberg, 2018). Even more recently, Fujimori’s successor, Pedro Kuczynski, handed in his resignation after only 2 years of presidency after the release of videos that documented the alleged acts of vote buying, receiving bribes from the notorious Brazilian Obredecht Corporation, as well as offering opposition politicians bribes in order to avoid impeachment (Faiola, 2018).

Unlike the U.S, it is not the lack of voter participation that has elected corrupt politicians into positions of power in Peru. Rather, it seems as though it is an internal structural challenge that seems to be a difficult hurdle to overcome.  While Peru has recently seen a rapid economic surge under the Fujimori administration, where the mining sector has seen a significant boom in terms of foreign investment, the challenges in effective management of such an increased growth in economic development has resulted in the abuse of power.  Kuczynski is the third Peruvian president to be involved with the Brazilian construction company Odebrecht SA, which has admitted have paid over $800 million in bribes for campaign funding to win public contracts in a dozen countries, mostly in Latin America (Faiola, 2018). Consequently, it seems as though the issues do not lie within the voting policies, but rather with the politicians themselves. The issue in Peru is the lack of control in terms of foreign financing tied with weak political figures that have allowed campaign leaders to benefit from a corrupt system (Goldenberg, 2018).

I think that the answer to my initial question is the following: effective voting policies are only as effective as the government that enforces a transparent and anti-corrupt regime. While in the U.S, it seems as though a compulsory voting policy would have been beneficial to the elections in 2016, it cannot be said for certain that this would not have resulted in the exact same outcome as having only 58% of the eligible voting population vote (Regan, 2016). Corrupt governments and politicians seem to emerge regardless of the voting policy that is in place, Consequently, the solution to corruption in Peru is exactly opposite of what has previously been elected into office – strong institutions, policies, and leadership. While compulsory voting does play a vital role in transparency in the election process, the majority of corruption seems to be occurring in spite of inclusive voting policies.

Beyond Turnout: The Consequences of Compulsory Voting | The Political. (nd). Retrieved November 01, 2018, from https://www.psa.ac.uk/insight-plus/beyond-turnout-consequences-compulsory-voting

Regan, MD (2016, November 20). What does vote turnout tell us about the 2016 election? Retrieved from https://www.pbs.org/newshour/politics/voter-turnout-2016-elections