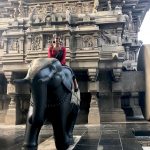 Menstruation is a significant milestone for females as it symbolizes the start of womanhood. Having your period for the first time is confusing and intimidating. Yet, in several parts of the world, menstruation is most often clouded in silence, myths, taboos and stigma. Imagine, your first menstruation experience is being forced to leave the house to reside in an unhygienic and obscure animal hut. For numerous centuries, this has been the reality for many Hindu women in South Asian countries, particularly across rural areas of Nepal.

Concerning the stigma around menstruation, on January 9th, 2019, the Kathmandu Post published an article titled “Mother and two sons die after she was banished to an outdoor shed during her period.” Arjun Shah wrote, Amba Bohor and her two children were forced to reside in an animal hut during her menstruation cycle. The indicated cause of death was due to suffocation from carbon monoxide poisoning, as the hut had no windows nor ventilation. After reading this article, I was instantly filled with anger. What was wrong about getting your period?

Rationale and Proceedings of Chhaupadi

I wanted to understand more about this practice. So, subsequent to my research, I discovered that this traditional menstruation practice was prevalent in Nepal and it originated from an old Hindu superstition that claimed women on their period were “impure”. It quotes, “If a menstruating woman touches a tree, it will never again bear fruit; if she touches a man, he will be ill”. Similarly, in 2015 USAID released an assessment study on “Chhaupadi in Nepal: Towards a Harm Reduction Strategy.” Chhaupadi, is a practice that is predominately accepted and supported by Hindu communities, specifically across rural areas of Nepal. According to USAID, women on their menstrual cycle are restricted from entering their house and are required to live in a ‘menstrual hut’ until the end of their cycle. Moreover, a survey coordinated by the Government of Nepal titled “Multiple Indicator Cluster Survey” uncovered that Chhaupadi is most common in the Western Development Regions of Nepal, where up to 58% of women in this sector are forced to live in “Menstrual huts’ during their cycle.

Residing in Nepal, I wanted to hear about real life experiences, so I decided to consult with my female colleagues at FWEAN. My workplace incorporates a mixture of Hindu women coming from a similar religion yet different castes, so it was fascinating to hear what they thought about the practice.

I asked my female colleagues if Chhaupadi was practiced during their first menstrual cycle. All the middle-aged women replied yes apart from one female: Ramola Sthapit, who explained how she had to stay in her house, however, she was moved to a room with no sunlight, and was not allowed to be in physical or verbal contact with males for twelve days. She further clarified how the tradition of Chhaupadi differs amongst different castes within the Hindu religion.

Another co-worker, Sapana Shrestha, who has two daughters, explained how although they still practiced Chhaupadi with their daughters, it was never to the extremes as compared to when they were younger. She explained how her daughters would always question the rules of Chhaupadi, “why am I not allowed to touch god?”

However, my work place consisted of only urban women, so, to investigate rural women, I went and dug further into the issue and got in touch with my friend’s mother, who grew up in the rural areas of Nepal. My friend’s mother, Ramdevi Maharjan who grew up in Western Nepal, recalled her experience explaining, “Growing up I saw my sisters practice Chhaupadi, so when my time came I knew traditionally what I had to experience.” Further stating, “It was a terrifying experience for me and I wished to never endure it again.” When asked whether she made her daughter practice the same tradition, Ramdevi described that, after marriage she moved to Kathmandu. Being in an urban area the rules of Chhaupadi were much more lenient, so when her daughter got her first menstruation cycle, Ramdevi made sure that it was a less terrifying experience. Her daughter got to stay in the house, yet she was not allowed to touch religious figures.

Following my exploration, I acquired a deeper understanding of Chhaupadi. I had three major realizations after speaking with the Hindu women,

Due to the increasing Chhaupadi associated incidences, in 2005 the supreme court of Nepal pressured the government of Nepal for the creation of laws to abolish Chhaupadi. Although the practice has been made illegal in Nepal it is still widely practiced as a tradition in some parts of rural Nepal. According to UNICEF the practice of Chhaupadi is still performed, yet, the severity of the practice itself has declined since the 2005 ban in Nepal. Similarly, a study conducted in far western, where Chhaupadi is predominantly practice, in Achham, Nepal, 72% of female still face exile, while 28 % practice some forms of the menstrual taboo while residing in the house. More recently, in 2017 a new law stated, if the act of forcing women into exile was preformed, there will be a punishable fine of 3000 Nepalese rupees or three months in jail.

In conclusion, after hearing the distinctive interpretations of the practice of Chhaupadi from both urban and rural Nepal, I came to comprehend the silence, myths, taboos and stigma around menstruation is still dominant in rural areas, in comparison to urban Nepal. I believe that Nepal needs to go beyond illegalization of Chappaudi, as the de-stigmatization of menstruation relies on the transformation of environment, and the communication of information about menstruation. Only then the lives of numerous women within the Hindu communities, predominantly across Western Nepal could be saved.