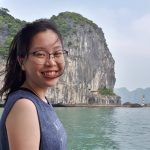 rapid advancement in the gdp ladder, but at what cost?

In development, everything is constantly changing. In more than two decades of rapid growth, Vietnam has become a lower middle-income status country. However, what Vietnam has yet to succeed in escaping the middle-income trap. A trap many neighbors middle-income countries as well as countries, so do the rest of the world. It is a battle to see who can provide to the rest of the world. Like any other developed / high-income country’s past, Vietnam focuses on industrializing through increasing productivity. Over the last few decades of growing up, the government has asked for more success. And so, in the last few months of living in Hanoi, I witnessed the aftermath of such success. However, looking back to all the development,

Under the name of development, the government has pushed for productivity above all. Regardless of how the process is done, what is important is the fulfillment of government demands for the sake of the citizen. Short-term wise, consequences are hard to see but they have been revolutionizing since 1986 and are continuing to develop the same pace or faster, many areas have begun to reflect on the effects of rapid development.

Construction is one aspect of development in which the last six months. All around Hanoi, for new office buildings, for new public transit and much more are being built at astonishing speeds. Quang at work on a construction site. Taken from http://oivietnam.com/2015/01/my-life-as-a-construction-worker/

Forced to quit as a taxi driver, 42-year old construction worker Quang has worked with minimal pay for the past five years. Receiving 100,000 Dong per day, he works from morning to dusk for approximately 9 to 10 hours. The extended time commitments have been made in these construction teams.

Quang’s situation is no different than other Gross domestic products depend on construction and redevelopment. These constructs are often constructed with the intention of being removed from these structures. The idea of achieving higher ‘productivity’ results in not only buildings which do not last, but also the destruction of historical buildings, and the degradation of the environment. Even more so for construction workers such as Quang, how these buildings are built in case of a person who can not afford to stay elsewhere and thus sleep at the site itself.

Makeshift housing that the workers are built at the bottom of the picture.

Why should government policy incentivize these types of development and ignore the conditions of the people living through these events? Looking after the raw numbers, real socio-economic issues, the development of the environment. The practice of development through the use of raw materials, in the form of air pollution, water and waste as well as indirect pollution Caused continuous energy use to put the environment’s well being at the lowest value. Unsustainable practices are ultimately fostered by the lack of knowledge. Construction workers like Quang come from rural areas in Vietnam who migrate to the city for better opportunities. These are also the people who have received such education as they grow up, but GDP growth also has a toll on the environment. While the workers have understood the consequences of development, they continue to gain economic gain above the environment.

Although it is only possible that NGOs can defend and protect. With the older generation’s minds unwilling to understand the seriousness of how to affect the future of the country, only the next generation of minds will be able to change Vietnam for the better. This is the case at Live & Learn. We believe that the youths are the future of Vietnam. Only when the next generation is aware of the problem, will the sustainability become a definitive solution.

What is the future of Vietnam is still unknown. The country wants to escape the middle-income trap by desperately developing using any means and by continuing the trend – it will only cause a future bleak. As more and more indicators show the dangers of unsustainable practices in development, it is up to those who will be able to foster a better future.