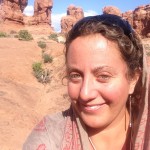 Studying the supply and demand of recyclable materials in the Atitlan area, Guatemala

A second month of my volunteering project in Guatemala has passed. The market study of recyclable materials is well under way. Together with the consultant that is doing the market research for the municipalities around the Lake, we visited and interviewed people in different links of this complex chain. I will tell you some of the stories and information that we collected, without mentioning names or places to protect the people’s privacy.

We started at the base of the production chain: the “guajeros” or collectors in the dumpsters. In a particular one there were two families and a very few single mothers collecting bottles, cans and some other materials five times a week, many hours a day. The conditions were very hard, the heat, the smells and from time to time, the smoke from burning the garbage, all this made being there very difficult. The animals were abundant: lots of dogs, American black vultures, and also flies and fleas gave more color to the visit.

The men in the families have been working there from 15 to 40 years, and the women were also helping them either every day or from time to time. The income from this activity was very low, just enough to cover the basic needs of the family. One of the women working there had her seven years old daughter staying with here during the day, but not working; children were not allowed to do so. She had five children, and the money was not enough to send the last girl to school. They were selling their harvest of bottles and cans to intermediaries and sometimes they paid them a month after the sale. I wish this kind of job can be transformed in the future by the collectors being hired by the official management of the landfill sites. If they are official employees the conditions may improve.

Then, we visited many waste treatment plants of different municipalities; some are very big and well organized. They produce compost to sell, and they collect all kinds of recyclables that can be sent to national or international companies to be given a second life. On the other hand, a few could use some improvement in the security conditions of workers, or the organization in the sorting and storage. Most of them are situated in a beautiful landscape with views of lakes and volcanoes… a big contrast sometimes.

This week we visited recycling and sorting private companies in the capital area of the country. We visited the two biggest storage houses for plastic, and we collected information on prices and quantities. We hope that someday they can buy all the products of the Sololá department. Also, we visited places working with metal, glass, tires, paper and cardboard. We noticed that the companies are very specialized by matter. Most of them sell their compacted and sorted materials to companies in other countries. One of the places was particularly interesting. The owner was one of the first to start the recycling business in the country. His son and his wife were in charge now. They invented the machines they needed to transform plastic bags in pellets that can be used as raw material. They were hiring single mothers and women to do most of the work and they were paying them a decent salary. The young men gave us a free course on the plastic industry of recycling!

Finally, I visited organizations and artists using waste materials to create beautiful crafts: jewelry made with aluminum cans, textiles made with bags, and very original, with old cassette tape, Most of these also are employing young people and women and they are improving the life of the whole community in doing so.

Now, we have to put all this information together and in the future we hope to connect the suppliers with the buyers. We are trying to accomplish a double objective: to improve the livelihoods of all the people involved and to remove all the waste materials from this beautiful place and give them a second life…For all the cans and bottles this is a better destiny than lying in the streets or in the bottom of a lake.