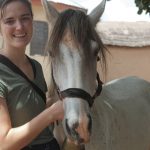 Northern Ghana is rich in history and tradition. It is composed of many ethnicities, the majority being the Dagomba people. They compose the Dagbon Kingdom, which has existed since the 1300s. Not only is their culture upheld on momentous occasions, such as the traditional Fire or Demba Festivals, but it manifests in day-to-day life. I often see large trucks filled with young men drumming, CEOs of businesses wearing traditional smocks and caps, or people enjoying a meal of TZ and goat stew.

It also manifests itself into politics. Chiefs remain of importance as they are the duty-bearers of the land—meaning they hold title to it rather than regional or federal governments. There is also an important hierarchy to the Dagbon Kingdom, with an Overlord as the most prominent chief. Recently, there has been significant history made regarding Overlord succession. Below, I recount part of my own experience witnessing it.

I am sitting in the waiting room of a pharmacy in Tamale, Ghana, waiting for my blood test results* and enjoying the relief of air conditioning. A few other people are also waiting, including a beautifully dressed mother with a new born baby in her arms. I guess that they have just come from the baby’s outdooring, where a baby is officially introduced and named. We are all watching the TV intently. It is live broadcasting Yendi, the capital of the Dagbon Kingdom, where Abubakari Mahama II is being enskinned as the new Yaa Naa, or Overlord chief of the Dagomba people.

This was on January 25th, 2019 and it was an historic day. For 17 years, there had been disputes over who would be the next Yaa Naa. In 2002, Yakubu Andani II, the then Yaa Naa, was murdered. There had not been an Overlord chief succession since. Dagbon has two royal clans, and each wanted their own chief to take position as the Overlord. Thus, each time there was an attempt to have Yakubu Andani II’s funeral, violence would arise between the clans, subsequently delaying both the funeral and enskinment a new Yaa Naa.

Yet, despite that Dagomba culture and politics remain of importance in the North, it is clear that colonialization and the continuation of Western influence have been decaying it. Western culture also manifests in day-to-day life: youth listen to rap music, there is western style dress, and a KFC opened in December.

Of greater eminence is that colonial history is more known about than local, English is considered more important than local languages, and that the people of the North are often considered ‘lesser’ by the rest of the country since the region is not as developed.

Before moving to Tamale, I spent time researching Ghana. At that time, I was unsuccessful in finding precolonial history. Much of the literature on Ghana talked about the colonial influence, like it was the only significant factor in creating Ghana.

Of course, it cannot be denied that colonialization has shaped a lot of what Ghana is today. Tamale itself started as a British project in 1907. The present inequality between the North and South is due to the British investing more in the South (with its gold mines) and using the North as a labour surplus.

However, surely the history before colonial times should also be of significance? Surely it must be important to learn about that if you are trying to understand Northern Ghana? Surely this history also shaped the way Ghana is today?

It is a worldwide theme that colonial history is prioritized. Consequently, complex structures—such as the Dagbon Kingdom—are either oversimplified, ignored, or dismissed. The importance that they have had in shaping the current context is forgotten about and the identity of a group is lost. ‘Development’ is seen as leaving pre-colonial history behind and instead trying to look like a Western country.  This leads to places like Tamale, where local culture remains prominent, but is slowly withering away under the pressure of development.

The enskinment of the new Yaa Naa may have done more than end a multi-year conflict. During a conversation with a colleague, I asked her how old the Dagbon Kingdom was. She told me she didn’t know. Later, after we saw some women performing traditional singing and dancing, she told me that it was becoming extinct. However, with all the ceremonies that had happened both with the recent Yaa Naa funeral and enskinment, many people had realized that they were forgetting their own history and culture. And they are trying to remember it.